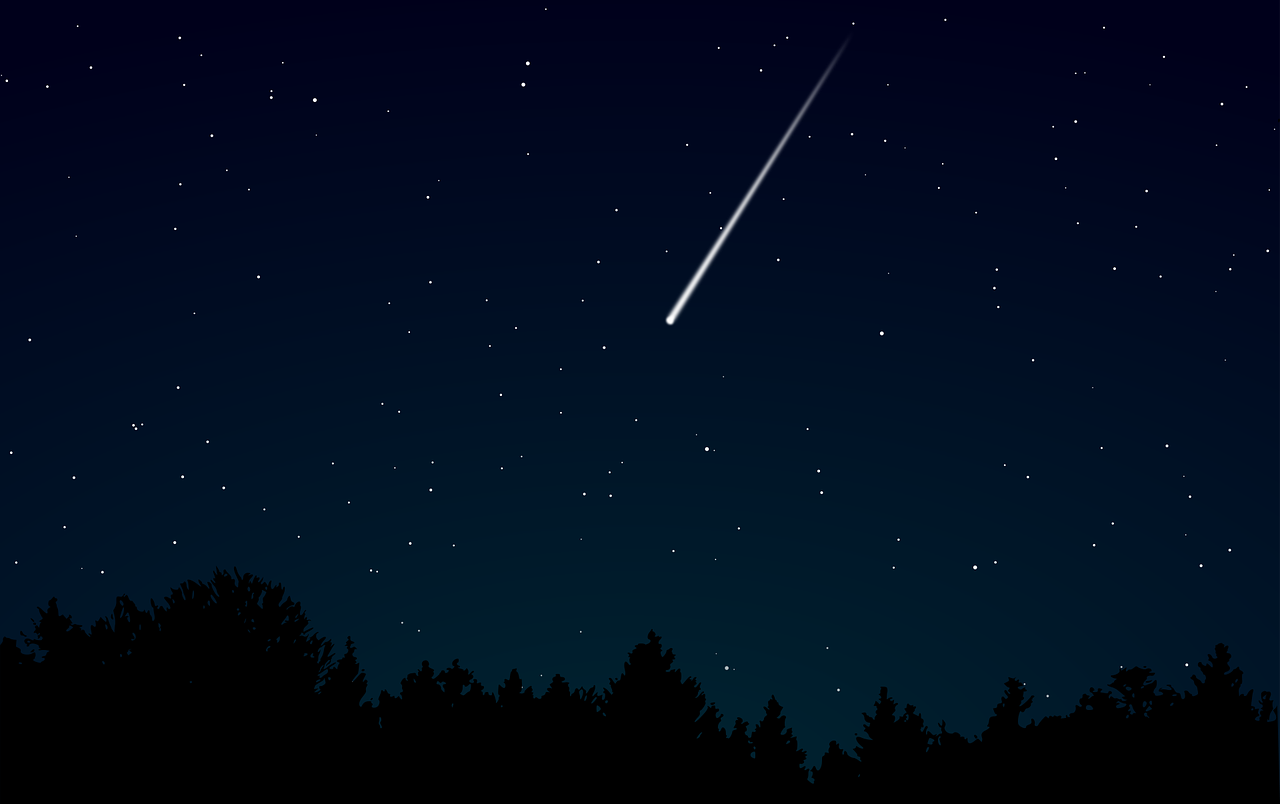 She woke up before sunrise, a symptom of her insomnia and restless mind. Of course, she wished she could sleep longer and be woken by the sun’s shafts of light breaching her bedroom’s curtains. But that was highly unlikely and she accepted her fate. She refused to allow her condition to anger her, instead, she chose to relish the peaceful and quiet mornings.  This morning, however, she wondered how many other people in the world were wide awake at the crack of dawn.

Basking in the morning’s stillness, she meditatively sat outside watching the shadows for any stealthy movements to cross her vision. Hoping to catch a glimpse of those awe-inspiring massive creatures who shared her neighborhood before entering into their winter slumber. It was bright morning, due to the Moon broadcasting its glow down through the lightly clouded sky. Silently, she wondered?

As she observed the sky, she noticed she was caught in-between. In-between the night with its Harvest Moon gleaming down at her from the west. And from the east, the morning’s waking rays of sunshine as they stretched their brilliant beams toward her. She also realized it was in-between two seasons. Summer was transforming because the air was now absent of the smell of fragrant flowers. The season changing into autumn as it began to wave it’s wand of colors magically painting the leaves a palette of red, orange and yellow.

A shooting star danced across the sky catching her eye. Curious like a 2-year-old, her mind flooded with questions. How large was it? Where did it land? Did it land in an ocean or body of water? Did it land here in the United States or in another country?  Did it leave its mark punched into the earth’s surface?

Her vivid imagination took over, writing the Meteor’s storyline. Visual images packed her mind aiding in the story’s development. She watched from her mind’s eyes as it fell down out of the sky landing with a forceful loud thud somewhere in the desert. Its gravitational force pounding it hard into the dry soil causing a mushroom cloud of the powdered earth to push out from it. The small meteor now cradled within its impact depression surrounded by the earth’s crusty outer layer.

Her imagination fasts forward, she watches as someone finds it. Next, they claim it removing it from its cupped nest of dry soil. All that is left behind is the empty bowl-shaped crater, the only evidence signifying the Meteor’s existence on our planet. It’s only legacy – its last known impression, the Meteor’s mark.

Over time, the meteor’s mark into our earth’s surface slowly dissipates. Gradually, eroded by the constant movement of the wind as it blows dirt back into its imprint. More rocks, dirt, and debris are also kicked into the last of its surviving indentation by people walking back and forth over the bowl-shaped pit. No one taking notice, of its fight to leave its mark on the world – its legacy.

After completing the meteor’s story, her mind fasts forward, again, instantly a new compilation of thoughts enters her mind. Now, she is drawn into deep contemplation; what legacy will she leave behind? What will her mark upon our earth be? What will her last impression be?

What impression will you make?

What legacy will you leave behind?

What “Mark” will you leave behind on our planet?

2 thoughts on “The Meteor’s Mark”